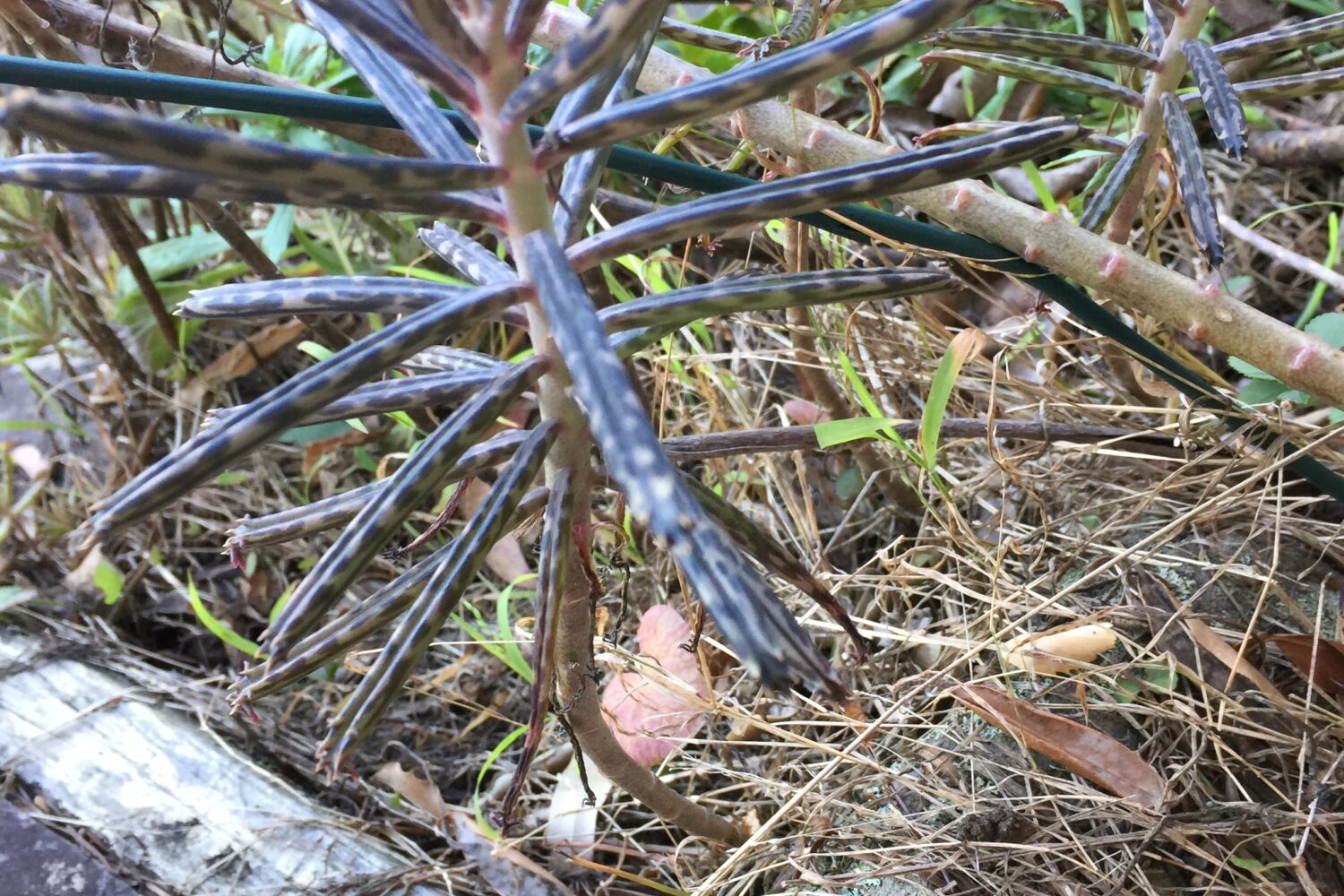 Mother of millions can be seen around the foreshore of our Bays, on rock shelves, on street verges and in front gardens. It is a succulent-like plant with pinkish-brown to grey mottled stems to 150cm high and the flowers are red/orange bell-shaped.

How does it spread

It reproduces rapidly by seed and hundreds of tiny segments or plantlets which quickly take root and form new colonies. Often spreading when disturbed. Mother of millions is poisonous to humans and household pets if eaten.

The best option is to remove all traces of the plant including the flowers and especially the small segments and plantlets which make up the plant and colony. Bin these weeds in red bins rather than composting or leaving them on the ground.

If the colony is too large, and it often is you, could poison them. First, spray directly on to weed (not surrounding native vegetation or soil) with detergent and then with a glyphosate herbicide (follow instructions on the herbicide container). Detergent is the key to ensuring the plant absorbs the poison.

Poisoning is most effective when the plants are flowering – between May and October. It may take several attempts over time to fully eradicate but definitely worth the effort.